The second set of languages exams got over today as most students opted for Kannada in the Karnataka II PUC exams. As expected, the paper was easy with a few students opining the level of difficulty of the exam on different scales.

How did the Karnataka II PUC Kannada exam go?

"The paper was lengthy and the one mark was a little difficult. Otherwise, it was okay," said Riya, a student. Most students expressed that the exams went on well and that the paper was easy. In an exam centre in Jayanagar, 621 students were present for the Karnataka II PUC Kannada exam.

The other exams that were scheduled for today were Telugu,Tamil, Malayalam and Arabic.

This part has ten 1 mark questions. Some students felt that this was a bit difficult as they could not answer all the questions that were to be mandatorily attempted.

This part comprised of two marks questions that had internal choices within the questions. Each of it had to be answered in two to three sentences each.

This comprised of questions that had to be explained with reference to the context of the sentences given. Each question carried three marks. A few students had difficulty in answering this.

This had four marks questions that had internal choices within each question.

Paraphrasing the given content was all this part about. Out of the two given paragraphs, candidates had the choice to attend any one that carried five marks.

This is the last part that had questions on grammar, essay writing, letter writing and proverbs. 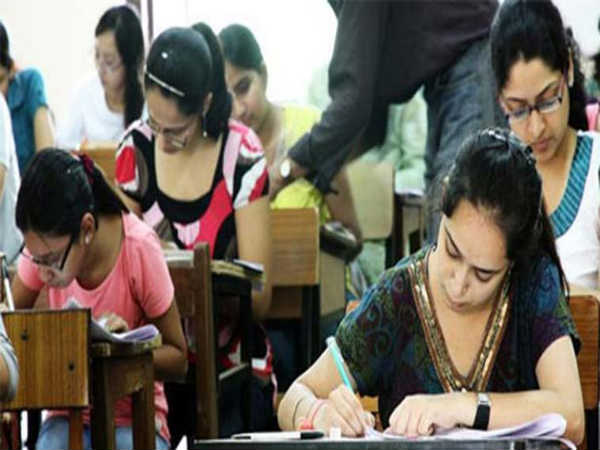