In a follow up to a Public Interest Litigation, the Madras High court had ordered the Central Board of Secondary Education (CBSE) to ask all its affiliated schools to withdraw teaching an objectionable content in a specific portion to Class IX students.

Adhering to the direction, CBSE had also asked the schools to follow the order to that portion where Nadar the community, a community in south India, has been written about in an objectionable manner.

In a circular to all its schools a couple of days back, the Board has issued instruction to them to stop teaching the section - caste, conflict and dress change under the theme - "Clothing - a Social History" from Social Science textbook of Class IX students. Also, questions related to that particular section should be excluded in the upcoming exams, the circular said.

In its circular, CBSE said: "This is to bring to your notice that from the session 2016-17, the section 4.1, about Caste Conflict and Dress Change under the theme - 8 "Clothing: A social history" given in page number - 168 of in the textbook of Social Science of Class IX published by NCERT stands omitted from the curriculum."

Earlier advocates Forum for Social Justice submitted that in the social science textbook, published by National Council for Educational Research and Training (NCERT), some wrong information was given in respect of evaluating the history of the Nadar community.

The petitioner claimed that after doing some research, it was known that the history narrated in the book was incorrect and some of the contents 'degraded' the entire Nadar community. So issued a notice dated September 14 asking authorities to rectify the mistakes in the book. 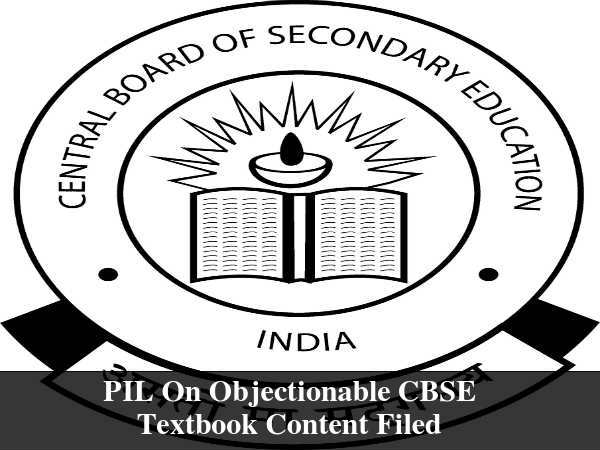