National Institute of Technology, Surathkal, was established in 1960 as a joint venture between Government of India and Government of Karnataka. NITK, Surathkal offers undergraduate and graduate programs in engineering, science and management. The institute has 14 departments and 11 support centres with about 200 faculty members and 300 support staff members.

The institute was established in 1957 and is affiliated to Manipal University. It is believed to be one amongst the first self-financing engineering colleges in the country. Along with a range of engineering courses, it also offers additional courses such as bachelor's of technology in biomedical engineering, construction engineering, engineering management, biotechnology, etc.

The International Institute of Information Technology, a deemed university, popularly known as IIIT-B, was established in 1999. The vision of the institution is to contribute to the IT world by focusing on education and research, entrepreneurship and innovation. The institute is a registered not-for-profit society funded jointly by the Government of Karnataka and the IT industry.

The college was established in the year 1963. It has been rated as one amongst the top ten self-financing engineering institutions in the country. R.V. College is aimed at providing an ideal ambience to stimulate the teaching-learning process and bringing out skilled and disciplined engineers.

This popular institute of technology was founded in the year 1962. M.S. Ramaiah Institute of Technology has carved out for itself a big name all over the country and is recognised as a premier educational institution in India.

This is an engineering and management college located in Bangalore. It was started in 1946 and is one of the first private sector initiatives in technical education in India. The BMS college has the largest student population amongst the engineering colleges in Karnataka, drawing students from other states of India and abroad.

The Siddaganga Institute was established in 1963 and is affiliated to Visvesvaraya Technological University. It offers a wide range of courses starting from engineering to architecture. Along with engineering, postgraduate programs are also popular.

This university was established in 1972 and is formerly known as PES Institute of Technology (PESIT). The university which is managed by the People's Education Society (PES) facilitates academic excellence, leadership qualities, a nurturing environment and cutting-edge infrastructure - everything students need to succeed.

This is an autonomous engineering college established in the year 2001. The institute was affiliated to Visvesvaraya Technological University and is approved by both UGC and AICTE. It is accredited by NAAC with A Grade.

This is a private autonomous institute affiliated to Visvesvaraya Technological University. The institute was established in 2001 as a self-financing one. It also offers management courses along with diplomas in civil engineering, mechanical engineering, electrical and electronics engineering, computer science, etc. 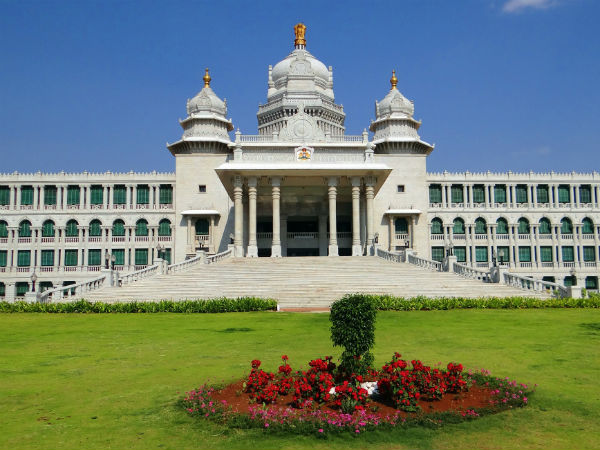