NEET: The Common Test With An Uncommon Journey

The test was supposed to kick start in 2012. However, CBSE and Medical Council of India (MCI) kept postponing the test for some or the other reason. Finally, NEET was held on 05 May 2013 for all the aspirants of undergraduate and post-graduate medicine. Nevertheless, the NEET has to face a phase of eclipse on 18 July 2013 when the Supreme Court upheld 115 petitions filed against NEET and cancelled the test.

The Supreme Court was of the opinion that MCI could not disturb the pattern of admission followed by colleges. Andhra Pradesh, Karnataka, Guajarat, West Bengal and Tamil Nadu were the states who opposed NEET since their concern was the difference between their syllabus and the syllabus given by MCI.

In a recent development, the Supreme Court has brought NEET back from oblivion by allowing MCI conduct the same for undergraduate medical and dental courses from the 1st of May. Reintroducing NEET instead of several individual medical exams conducted by states and colleges is a boon for meritorious students across the country since they will have an opportunity of entering a college purely on the basis of their knowledge and efficiency. 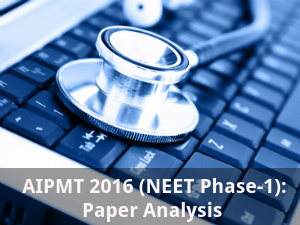 Both MCI and Indian Medical Association (IMA) have welcomed the decision of Supreme Court. It is a decision of great significance since NEET would curb corruption and indisciplined methods of admissions. It will pave way for eligible students to study medical courses and maintain purity of the profession in future.

Even though the Supreme Court has shown a green signal to NEET, states like Tamil Nadu and Andhra Pradesh are still opposing it and have gone ahead with petitions against conducting the test in their colleges.