The petition, filed by one Anshul Sharma, was mentioned today by Senior Advocate Sanjay Hegde, before the Bench presided by Chief Justice of India TS Thakur, who agreed to list the matter tomorrow.

The petitioner has sought a probe into the leak of NEET question papers and a status report to be submitted to the court. 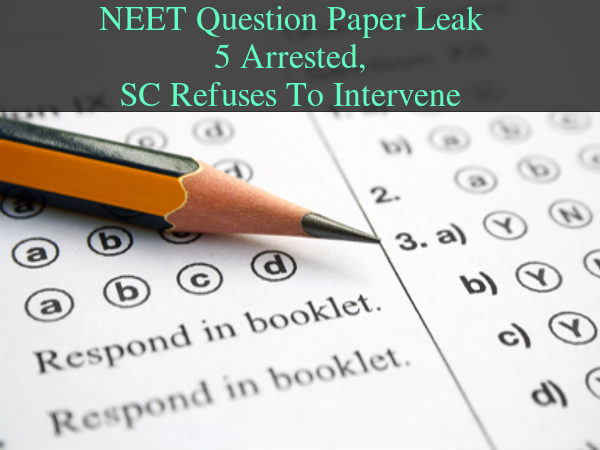 The OMR sheets of students response and also the the Answer keys for NEET 1 and NEET 2 have already been released by the UGC.

The issue of the question paper leak of the NEET examination comes as a shock leaving lakhs of students in a lurch. More information will be available once the matter has been registered by the bench tomorrow. Will the SC order a probe into the issue is a burning question.

Keep logged in for more updates on the NEET question paper leak issue.