The First Year Junior College admissions in Maharashtra saw over 1.56 lakh students who were allotted seats in the first round, out of which 74, 694 students have finished their admission process on Thursday.

The deadline for the payment of the fees was extended by the department till Friday 12 PM.

The candidates received an SMS on Thursday which informed them that the deadline was extended. The message said, ' Dear Candidate, as the college alloted to you was your first choice in the option form, you are requested to take admission in the allotted college before 14-07-2017, 12:05pm."

The merit list, which was set to be released on Monday at 5 PM, was postponed to be published at 7 PM and further pushed till after midnight due to technical issues. '

The Students were alloted seat at 1 am on Tuesday and colleges were only able to access the list after 11 AM. 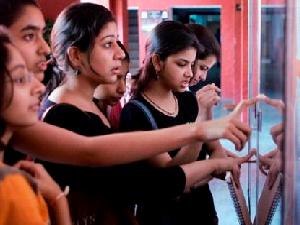 For students who are assigned a college that wasn't their initial preference, then they must confirm their admission or wait for further rounds. July 15 to 18, 2017 is the time offered for making changes to the colleges and the streams that have been chosen and listened in the application form.

The fourth and the final merit list will be declared on August 6, 2017 and the payment of the fees will be made available between August 7 and 8.