Bangalore: After Dharwad got the Centre's nod as the location for Karnataka's first Indian Institute of Technology (IIT), the state government appears to have put a spoke in its wheels.

Responding in this regard, CM Siddaramaiah has written a letter to the Union ministry for human resource development (HRD) to reconsider its decision and locate the premier technology institute in Raichur.

Why IIT Should be Shifted to Raichur?

CM's rationale: Raichur is the state's most backward district and moreover, Dharwad has already been sanctioned an IIIT (Indian Institute for Information Technology).

The move has put a question mark over IIT's future in Dharwad and raised concerns over the state government's support in establishing the institute there. 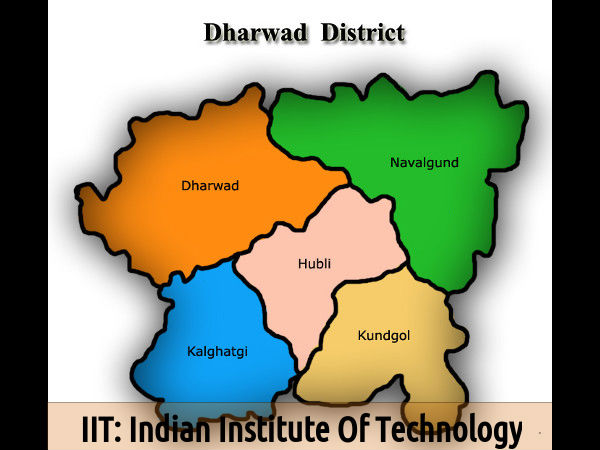 Also Read: IIT in Karnataka: IIT to be set up in Dharwad

In a letter to Union HRD minister Smriti Irani, Siddaramaiah requested her to set up the IIT at Raichur, the state's most backward district. He wanted the sanctioned IIT from Dharwad to be shifted to Raichur because Dharwad has already been sanctioned an IIIT.

According to the party sources, "Siddaramaiah was happy with the choice though he wanted the institute to come up in his home district Mysuru. But he had no option after a delegation led by Leader of the Congress in Lok Sabha M Mallikarjun Kharge met him and requested to recommend IIT for Raichur."

Besides, Kharge has been dropping hints that he is not averse to return to state politics, if Congress legislators petition the high command. This apart, the CM would have irked the wrath of people from Hyderabad-Karnataka for having neglected them.

Another reason, according to some BJP leaders, is the saffron party was hogging the limelight for getting IIT to Dharwad. "If there is a change, the Congress can claim credit for it," they added.

However, the CM's letter could prove to be a big blow for Karnataka's dream of having its first IIT. Predictably, protests have begun in Dharwad.

"Chief minister Siddaramaiah's letter to seek reconsideration of the location will jeopardise the chances of IIT being established in the state. It will be not just a loss for Dharwad but for Karnataka too," said BJP MLA Arvind Bellad, who represents Hubballi-Dharwad West constituency.

"The decision to set up IIT at Dharwad was taken by a joint committee which included state higher education minister secretary Bharat Lal Meena." he added.

"At that point of time he did not show any dissent. If they are doing it now, it's purely for political reasons. What the CM is doing now is politics. Already preparations were on for the IIT in Dharwad and my party leaders H N Ananth Kumar and Pralhad Joshi are already trying to get a fertiliser unit in Dharwad," he added.

He said the team which visited the three places had finalized Dharwad on its merits mainly because Dharwad had a makeshift institute (Walmi) to start IIT from next academic year. But people for Raichur are hopeful that HRD ministry will consider the proposal sent by the government.