Common Law Admission Test (CLAT) 2016 has received about 45,040 applications, breaking the records of the last nine years. Aspirants across twenty cities in the country have applied for the exam.

However, the whooping raise in application marks the highest recorded number received for the centralised online law entrance exam, which will be conducted on May 8 across an estimated 170 centers. It is said that last year 39,686 aspirants had applied for the exam.

Common Law Admission Test (CLAT) has been the gateway for candidates who are aspiring to take admission in to any one of the seventeen coveted National Law Universities (NLUs).

This year, the exam will be conducted by the Rajiv Gandhi National University of Law (RGNUL), Punjab. 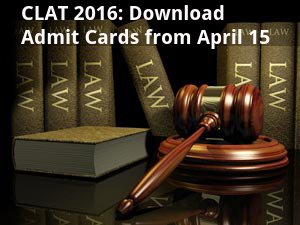 As per TOI reports, Paramjit Jaswal, Vice Chancellor, RGNUL, Punjab said, "This year we have received the highest number of applications compared to the last 9 years. The confirmed list of centers allocated for the conduction of the online exam will be released in a day or two."

"As of now we have identified 170 centers to conduct the exam, but there might be deductions if the number of aspirants allotted to each of these centers is below 100. In this case, the center will not be considered," he added.

According to CLAT website, the number of students appearing for the CLAT exam had increased around 200 per cent between 2008 and 2015.