Are You A Working Professional? You Can Still Serve The Nation Through Territorial Army

Who doesn't love to don the army uniform with a weapon on the left hand? Annually, entrance examinations such as National Defence Academy (NDA) and Technical Entry Scheme (TES) are conducted for recruiting the candidates to the Indian Army. Many candidates might have missed the bus due to their professional commitments. If you are one amongst them and wish to serve the nation by joining the Indian Army, the best thing is to opt for the Territorial Army. This will let you to achieve your professional or personal targets besides serving the nation.

What Is Territorial Army?

The Territorial Army is one amongst the military forces and mobilised specifically during the emergencies. This is an opportunity provided to civilians to serve the nation without losing their jobs.

How To Join Territorial Army?

How To Apply For The Territorial Army?

Annually, the Indian Army releases the notification in the month of June to apply for the Territorial Army. Candidates are required to apply online by paying the application fee of Rs 200/-.

Candidates who have applied for the Territorial Army have to take a written examination. The written examination consists of two papers namely, Reasoning & Elementary Mathematics and General Knowledge & English. The duration of this objective type exam for each paper is two hours. Candidates have to score minimum 40% marks in each paper separately and overall average of 50%. There will be penalty for the wrong answer. However, the marks will not be deducted for questions that are not attempted.

Candidates who have passed the written examination will be called for an interview. Successful candidates will further undergo tests at a Service Selection Board (SSB) and Medical Board for final selection.

According to the official sources, one month basic training will be provided in the first year of commission. Two months annual training camp every year including the first year. Three months post commissioning training within first two years at IMA, Dehradun. 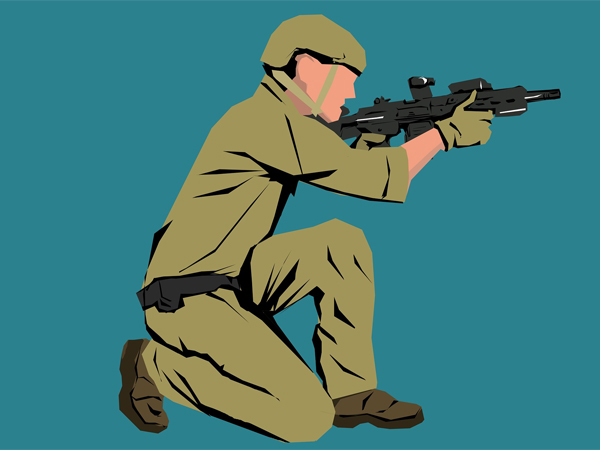