CBSE or ICSE? Which is the Best Board to Study In?

Parents would want to always give their children the best. They also dream that their children should gain as much from the world, be it knowledge or wealth. The first major decision making for children comes when they are to be enrolled in school and parents want to make their foundation strong enough for a bright future.

Are you confused about the best of the boards available and which one to choose? Should you choose CBSE or ICSE? Read through this article to know in detail about the two prominent boards of education in India and what each have to offer the students.

While both CBSE and ICSE have good quality education standards, they cater for two different target audiences and are tailor made for them. So, list what your ambitions are and check for yourself which board is best suited for you.

It is our choices that show who we truly are far more than our abilities. So, even though both of the boards can nurture different sets of abilities in the students, the skill sets required for your goals matters the most. So read here and choose wisely.

The Central Board of Secondary Education (abbreviated as CBSE) is a Board of Education for public and private schools, under the Union Government of India.

According to the CBSE official website, U P Board of High School and Intermediate Education was the first Board set up in 1921. It has under its jurisdiction Rajputana, Central India and Gwalior. In response to the representation made by the Government of United Provinces, the then Government of India suggested to set up a joint Board in 1929 for all the areas which was named as the 'Board of High School and Intermediate Education, Rajputana'. This included Ajmer, Merwara, Central India and Gwalior.

The Board witnessed rapid growth and expansion at the level of Secondary education resulting in improved quality and standard of education in institutions. But with the advent of State Universities and State Boards in various parts of the country the jurisdiction of the Board was confined only to Ajmer, Bhopal and Vindhya Pradesh later.

As a result of this, in 1952, the constitution of the Board was amended wherein its jurisdiction was extended to part-C and Part-D territories and the Board was given its present name 'Central Board of Secondary Education'. It was in the year 1962 finally that the Board was reconstituted. The main objectives were to serve the educational institutions more effectively, to be responsive to the educational needs of those students whose parents were employed in the Central Government and had frequently transferable jobs.

In October 1956, at the meeting of the Inter-State Board for Anglo-Indian Education, a proposal was adopted for the setting up of an Indian Council to administer the University of Cambridge, Local Examinations Syndicate's Examination in India and, to advise the Syndicate on the best way to adapt its examination to the needs of the country. The inaugural meeting of the Council was held on 3rd November, 1958.

In December 1967, the Council was registered as a Society under the Societies Registration Act, 1860. In 1973, the Council was listed in the Delhi School Education Act 1973, as a body conducting "public" examinations. 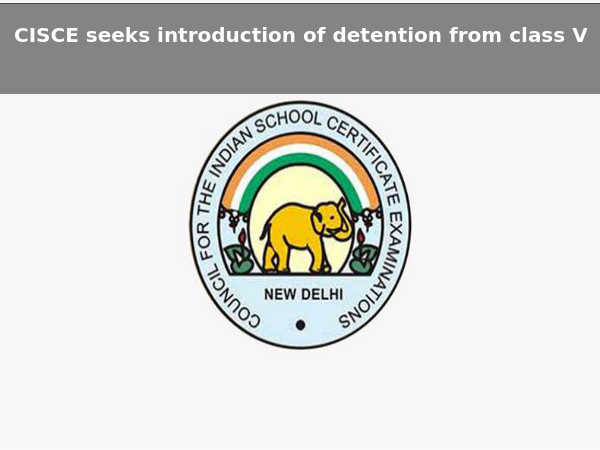