This is the Reel Life: Career Opportunities in Cinematography

Our lives have intertwined with cinema for a long time now. The Indian cinema celebrated its hundredth anniversary in the year 2013 and now we are moving forward in the 104th year with movies like Baahubali breaking Box Office records and Dangal receiving rave reviews in neighboring countries like China.

Life on reel, came about in the early 1800s when inventors were trying to capture motion. The first motion picture that was photographed was by Eadweard Muybridge of a horse galloping.

As years formed to decades, cinema emerged as a reflection of life, offering humans an escape from reality. Advancement of technology resulted in the use of more digitally well-equipped forms of recording motion than to film stock which used till the 2010s.

Who is a Cinematographer?

The cinematographer is the key person who is specialized in capturing the shots that are required for the film. They visualize how the scene would be shot and appear on the screen. After discussing the procedures with the directors, they decide on the creative techniques that can be used to shoot the scenes. This becomes a relevant aspect of film making, as the vision of the cinematographer has a direct influence on how the audience will react. The aspects of lighting, angles, themes, tint, tones are specifics that a cinematographer must keep in mind while filming a shot.

Check This Out: Become a movie editor with this online video editing course

Skills required to become a Cinematographer

Academy Award winner Conrad Hall said, "Cinematography is infinite in its possibilities... much more so than music or language."

It is the culmination of art and science which gives a pathway for individuals who are best at both.

How to become a Cinematographer?

The essential skills that one requires is an appeal for visual art and the ability to understand the nuances of film making. An aspiring cinematographer may take any stream for their Higher Secondary education, but a background knowledge about physics and knowledge about optics is always a plus point.

Career prospects in the field of Cinematography

Firstly, the role of the Camera Production Assistant, who is the trainee who works with the film unit as an assistant to the cinematographer, while learning the craft.

Motion Control Operator is the person who works on the motion control rig, which basically is a 'camera robot' and has the ability to systematically repeat camera moves for special effects uses. Motion control rigs are typically rented with a knowledgeable operator.

Camera Operator, who operates the camera as per the direction of the Cinematographer. At times, the cinematographer himself takes up this job if there aren't enough staff.

The First Camera Assistant, also known as 1AC, is responsible for keeping the camera on the focus of the subject. They are also in-charge of putting the equipment of the camera together and dismantle them after the job is finished.

The Second Camera Assistant, also known as 2 AC is responsible for loading the clapper board at the start of each take and loads the film stock onto the camera. They supervise the equipment and the transport of the same.

Salary and Scope of a Cinematographer

The initial pay of a cinematographer will be relatively low, considering she has just started her career. Based on her experience and her work, her salary will be increased as new projects will come in her way.

The Bureau of Labor Statistics says that the need for cinematographers will only increase in the coming future with the expanding entertainment industry and the globalized network that is forming.

The art of Cinematography is not just limited to making of fictional movies. Science and technology is a wide area where the use of cinematography plays a pivotal role. Moreover documentaries and non-fictional series are becoming famous off late and there is huge scope in that area.

A few hurdles that you must cross

Just like any other job, a cinematographer will have to face innumerable hurdles before they reach a position that can be termed as successful.

Because of many other people, their time and effort are at stake, one has to make sure that there are no mistakes and no wastage of resources or time.

Top Institutes in India providing a course in Cinematography

Top Institutes around the world offering a course in Cinematography

So if your hand is itching to take up your camera and start recording the world around you, now is the perfect time to start. 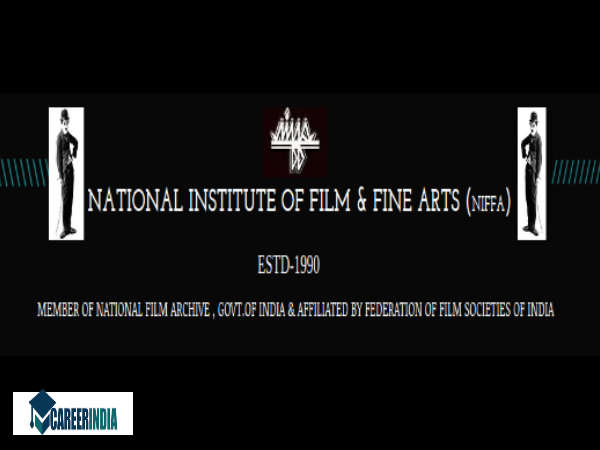