Gender is a topic that been long debated. There have been many scholars who have had their opinion gender, many getting criticized for the same while many have come up being accepted as torch leaders as progressive people of the future. They have been awarded many accolades throughout the history.

Gender studies have thus flourished over the past few centuries. Its roots have spread not just in the scholarly areas but as well as in the areas of social and economic area.

Women studies takes an important space in the field of gender studies. In the past few centuries we have seen a rise in the freedom of women and feminism. This has helped to reshape the identity of a woman in the society.

Earlier, in a close-knitted society of patriarchy, women rarely had rights and any opportunities. As times changed, women took up to themselves to make sure that they and others had the same opportunities that men enjoyed.

In India with the likes of Jyoti Bai Phule who started the first school for girls in Pune and Ismat Chugtai being charged for writing about women and their private lives and in the west with Suffragettes movement, Gloria Steinem, Maya Angelou and her famous poem like 'Still I Rise' and 'Phenomenal Woman', Chimamanda Adiche, , there has been an expansion in terms of literature which deals with women studies.

Men Studies is another area that is inter-disciplinary and involves the study of men, masculinity and politics. Its main focus is on masculinity and understanding the different aspects of the same.

Many researchers have argued that masculinity is a construction of society. With the idea of proving oneself as a man, in the nineteenth century, this idea ha seen to be picked up by a large part of the society. The understanding is thus in terms of history, biology, psychology, culture and politics.

Queer studies are academic discipline studying various aspects of the alternate orientation and gender identities. The studies came up with emergence of people with alternate gender identities in the public and acceptance of the same.

Who should be taking up this course?

Those who have a burning passion about gender issues in the society should be definitely going for this course. Interest in politically, culturally and economically relevant topics when it comes to gender and representation of the same in the society, working on how discrimination, segregation and violence can be controlled and eliminated, will also be a focus.

Studying various cases will give an insight to different scenarios, and knowledge from such research can be used for helping out others who may be going through something similar to that of the case study. As this is an academic discipline, with a desire to know and help, one should also have the ability and capacity to take up academic studies. Research is an important part of Gender studies, and it must be continued. 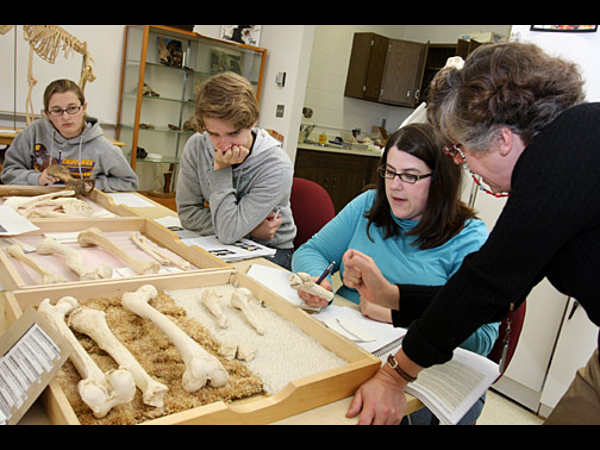 What is Anthropology? Scope and Career opportunities

How to get into Gender Studies?

One doesn't need to specialize in any specific stream in 10+2, but generally Arts subject like Sociology and psychology may come in handy. With a minimum of 50-60% passing marks in 10+2, one can apply for any bachelors course.

The specialization in Gender studies as such starts at post-graduate level with M.A. in Gender Studies

For qualifying for the admissions for M.A. course, one must have an average of 40-50% marks in their undergraduate program.

Following the masters course, one can take up M. Phil and PhD in Gender studies and continue their research on specific subjects.

In the past few years Gender Studies graduates have found their basis in careers in government and politics. Advocating and helping out cases of people who are unjustly charged, or are persecuted, are helped by these people.

Those who want to contribute for the betterment of the society in many areas for women and people with alternate sexualities and gender identities, and in several cases for men can do through human resources management and development, gender equality authorities and activist can take up these courses.

As organizations and industries are expanding, so are the urban areas and societies. These job opportunities will have high importance in the coming years, when the demographic becomes more complex and mixed.
Moreover, researchers and enthusiasts of the subject can definitely follow the course

Top Institutions providing courses in Gender Studies around the world