The Karnataka II PUC Electronics exam got over today with one-fourth of the science stream students attending it. Compared to their Computer Science counterparts, electronics students were less in number but gave their full attendance at an exam centre in South end circle, Jayanagar.

How did the Karnataka II PUC Electronics Exam go?

"I supervised a hall of 30 students and there were no mishaps or malpractices. Everything went on well," said Nagalakshmi Prakash, an invigilator.

Students described the paper as an over all fair paper with questions from their preparatory exams repeated. "Part A was a little difficult since I had not prepared well but the question paper was in general good," said Anup Kashyap, a student.

"This is a light paper in comparison with other subjects. My daughter has been consistent. So preparing was not a cumbersome process for her," said Nalina Shivakumar, parent of student Sankya.

This part has ten one mark questions that are simple definitions.

This part has eight questions, out of which any five can be answered.

This part consisted of three marks questions, carrying a total of 15 marks.

This part had five marks questions with a choice to answer any three. 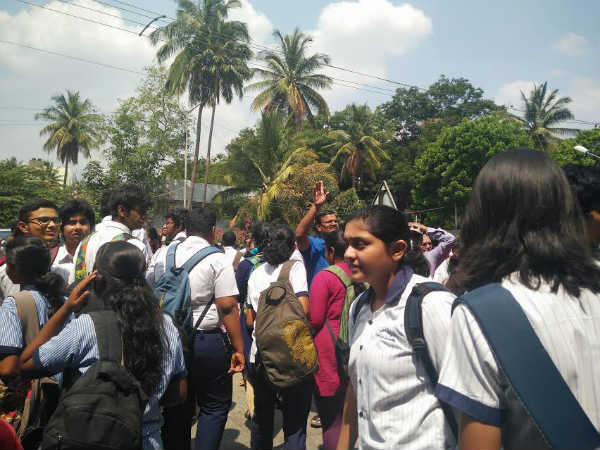