In connection with the leak of TS EAMCET-II, the Telangana State CID have arrested two more persons, taking the number of offenders held in the case to eight.

In Kolkata, the students were made to practise two leaked TS EAMCET-II-2016 (Medical) entrance examination question papers at a hotel room.

Later, they all were returned to Hyderabad on the night of July 8 by air, the release by CID said. 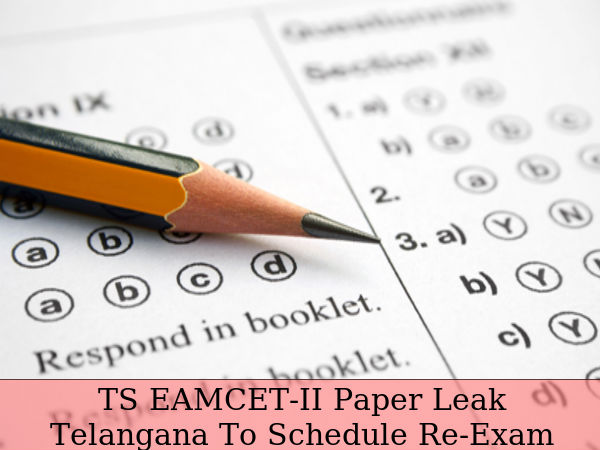 Reddy collected signed blank cheques and copies of SSC and Inter Certificates of the six aspirants and gave them to a broker who conducted the practice camp in a hotel room at Kolkata, it said.

"Efforts are going on to apprehend the other brokers and the accused in the question paper leak case," the CID said.

Investigation also revealed that those appearing for EAMCET-II-2016 (Medical) examination in Telangana and Andhra Pradesh were taken to camps set up in at least five cities about two to three days prior to the exam and given practice with the leaked copies of two question papers consisting of 320 questions with correct answers, the CID had said.

At a review meeting held here on Tuesday, Telangana Chief Minister K Chandrasekhar Rao was informed by CID officials that Delhi turned out to be the centre for leak and there were 34 brokers, who conspired to sell the paper and as many as 200 parents were in touch with the brokers to buy the question papers.

The Engineering, Agriculture and Medical Common Entrance Test (EAMCET-II) was conducted on July 9 and the results were declared on July 14.

In the wake of the Telangana state CID's probe report stating that the question papers were leaked, the government of Telangana state decided to hold a re-examination for TS EAMCET-II.