The students who were suspended from Jawaharlal Nehru University recently after they allegedly involved in disrupting an Academic Council (AC) meeting, on Wednesday accussed the college of casteism being the reason for their suspension.

They said that the university had gone against its own committee by adopting the UGC gazette notification of May 2016. They put across the recommendations of a university appointed committee which suggested reduction in marks for the interview of MPhil/PhD admissions.

The crux of the issue is the viva voce points scored by the candidates being given a sole preference in the admission. Executive Council's (EC) had on Tuesday passed certain contentious agenda items including adoption of the UGC gazette notification of May 2016 which makes viva-voce the sole criterion of admission for Mphil/PhD, and making written tests just a qualifying exam.

JNU is carrying out a 70:30 formula of written test and interview for admission. However, the eight-member Abdul Nafey Committee in its meeting on November 4, 2016 had recommended reducing the interview marks after studying admission-related data from 2012-15.

"The findings of Present Committee is that the data consistently indicate the pattern of difference in the written and the viva voce marks across all social categories, which indicates discrimination. It is the considered view of the committee and it therefore, recommends that the discriminatory pattern would get mitigated if viva-voce marks is reduced from the present 30 to 15 marks. The university should review the system after three years," the committee had said.

"The University has rejected its own committee recommendations. In the first part of the Academic Council meeting, 27 professors had spoken in favour of reducing viva-voce marks, and 23 professors had spoken against it, but the VC sided with the latter. He's now sending letters to Centres and Schools to implement the notification," Prashant Kumar, one of the suspended students said at a press conference at Press Club of India. He said their suspension was not a "random" incident but should be seen in light of attacks on JNU in the last year or so. They said taking legal recourse against suspension was their "last option".

Students argued that their social identities of being a part of backward class is the reason for them being targetted among the many others too who were involved in the disruption. "We are being targeted because of our caste and religion," said Dileep Kumar, a suspended student. Dawa Sherpa, another student said, "There were 60 students present there, why were only 11 of us identified? It's not only to do with our social identity but also the fact that we are political activists."
However, claiming that the adoption of the UGC gazette notification was "mandatory", a senior university official said, "JNU will ask the UGC for the right or freedom to do some necessary modifications in the interest of the students and teachers." 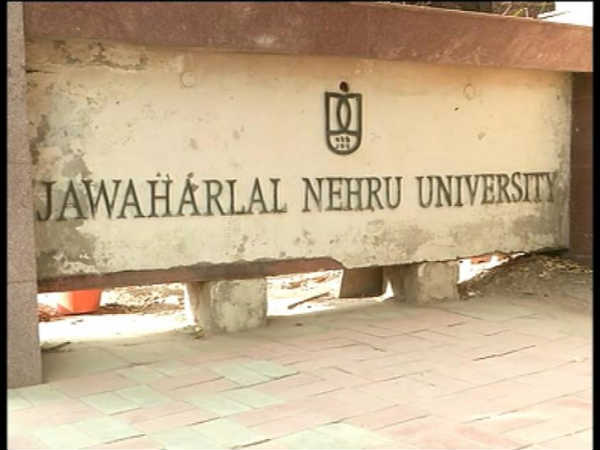