73rd Republic Day: India will be celebrating its 73rd Republic Day on January 26. It was on this day, in the year 1950, the Constitution of India came into force. As given, this year India will be commemorating the 73rd year of being a Republic since 1950 with the theme 'India @75' to recall and honor 75 years of India's independence and the glorious history of its people, culture, and achievements.

This time around, a total of 21 tableaux will be showcased at the Republic Day parade at Rajpath in New Delhi of which 12 will be from States and Union Territories while nine from the various ministries along with the display of our grand military might and spectacle awaited with great enthusiasm and fervor every year on the Republic Day or R-Day.

The adoption of our own constitution fulfilled the purpose of India being an independent nation. On this occasion, by revisiting the trail of patriotism and love towards country, let us celebrate our 73rd Republic day with some exemplary quotes by some great personalities. 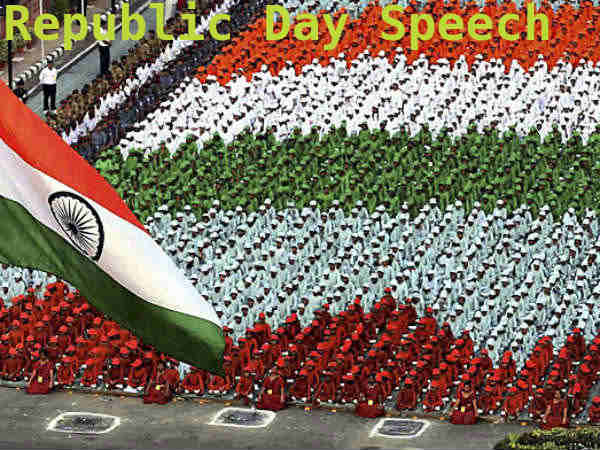 "Let new India arise out of peasants cottage, grasping the plough, out of huts, cobbler and sweeper." - Swami Vivekananda

"Citizenship consists in the service of the country." - Jawaharlal Nehru

"We are Indians, firstly and lastly." - B. R. Ambedkar

"Let us together commence a journey of peace, harmony and progress in South Asia." - Atal Behari Vajpayee

"We owe a lot to the Indians, who taught us how to count, without which no worthwhile scientific discovery could have been made!" - Albert Einstein

"The Roots of Violence: Wealth without work, Pleasure without conscience, Knowledge without character, Commerce without morality, Science without humanity, Worship without sacrifice, Politics without principles". - Mahatma Gandhi

"Lets live for India and do great for Indians" - Naveen Rathi

"India has no dearth of brave young men and women and if they get the opportunity and help then we can compete with other nations in space exploration and one of them will fulfil her dreams." - Atal Behari Vajpayee

"Democracy means nothing if people are not able to work the democracy for the common good." - Chandra Bhushan

"I feel that the constitution is workable, it is flexible and it is strong enough to hold the country together both in peacetime and in wartime. Indeed, if I may say so, if things go wrong under the new Constitution, the reason will not be that we had a bad Constitution. What we will have to say is that Man was vile." - B. R. Ambedkar

"India is the cradle of the human race, the birthplace of human speech, the mother
of history, the grandmother of legend and the great grand mother of tradition" - Mark Twain.