Karnataka II PUC 2016: Results likely to be out in last week of May

The results of Karnataka 2nd PUC examination 2016 is likely to be declared in the last week of May. Earlier, the primary and secondary education minister Kimmane Rathnakar had announced that the results would be declared on May 2, but there will be delay by 3 weeks following the boycott of evaluation by lecturers.

The education minister had announced May 2, 2016 as a result declaration date to relieve students' from apprehension that the boycott of evaluation may throw the calendar of events into disarray.

Speaking about the unconfirmed statements that question papers of subjects other than chemistry had been leaked, the minister said "'There would be no more re-exams in any subject of II PUC examination held in March-April'. 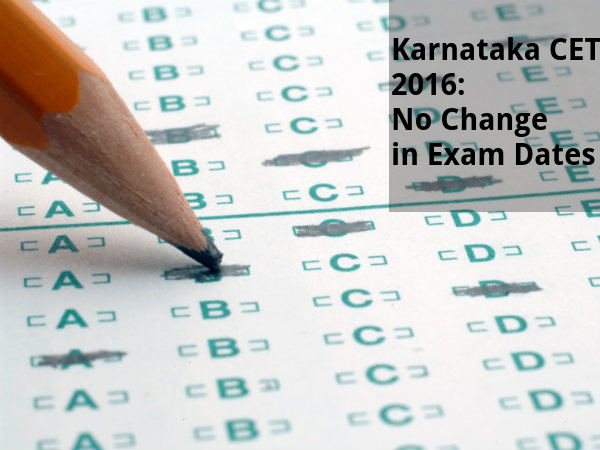 Karnataka CET 2016: Exam will not be postponed

PUC results to be declared before CET

Since 1973, the Karnataka II PUC results are announced in the second week of May and this year, the board is contemplating to declare II PUC examination results before the CET.

However, the Karnataka common entrance test (KCET) result is expected to be declared on May 28, 2016.

The exam board requires 15,000 evaluators to declare the results on time, but currently 11, 000 teachers are reporting for the work. To overcome the hurdle, the exam board authorities have planned to tie in private PUC lecturers and high school teachers for evaluation.

An order in this regard has also been issued to more than 7,000 private PU college lecturers and 4,000 high school teachers to participate in the evaluation, sources said.

The education minister said that the valuation begins on April 19, 2016, and the work is expected to be completed in 3 days, instead of 2 days in normal circumstances.

According to the reports, plans have also been made to add in 4,000 retired PU lecturers and 650 employees of the pre-university department for coding and decoding work at 46 evaluation centres.