The JEE Advanced 2016 exam was conducted by IIT Guwahati and the Joint Admission Board 2016. More than 1.5 lakh candidates appeared for the exam, out of which 36,566 came out with flying colors. The candidates who have emerged eligible in this exam will be seeking admission in several engineering colleges and IITs. 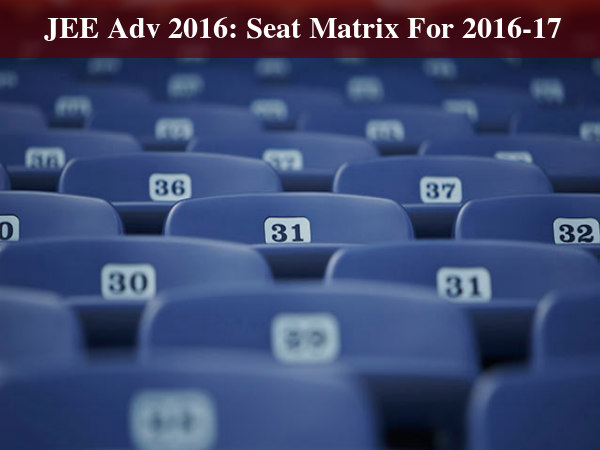 The Toppers of JEE Advanced 2016

Joint Entrance Examination (JEE) is an all India common engineering entrance examination. The question papers are of objective type and it is conducted in order to provide admission for students in various engineering colleges and courses across the country. It is one of the most challenging and toughest engineering admission tests.

The Central Board of Secondary Education (CBSE) used to conduct All India Engineering Entrance Exam (AIEEE) instead of JEE. The CBSE, in 2012, announced JEE, which consists of two parts, JEE Main and JEE Advanced. JEE-Advanced is for admission to Indian Institutes of Technology (IITs), and Indian School of Mines Dhanbad, an institute, which is soon to be converted into IIT. Candidates qualifying in JEE Mains attend JEE Advanced. Institutes like Indian Institutes of Science Education and Research (IISERs), Rajiv Gandhi Institute of Petroleum Technology, and the Indian Institute of Science give admission to candidates based on their scores in JEE Advanced.

Indian Institute of Technology Guwahati, one of the six premier IITs in India, was established in 1994. IIT Guwahati began its academic programme in 1995. At present, the Institute comprises eleven departments and three inter-disciplinary academic centres that cover all the major engineering, science and humanities disciplines, offering BTech, BDes, MA, MDes, MTech, MSc and PhD programmes.

It did not take long for IIT Guwahati to materialize its world class infrastructure for carrying out advanced research. The prestigious institute has been equipped with state-of-the-art scientific and engineering instruments.

IIT Guwahati's campus looks outstanding on a 285 hectares plot of land on the north bank of the river Brahmaputra. The holy Brahmaputra on one side and the lush green hills and open spaces on the other make the campus a perfect setting for knowledge seekers.