The results of Air Force Common Admission Test 1/2017 (AFCAT 01/2017)Indian Air Force has been published. The register number of candidates shortlisted from AFCAT 1/ 2017 for the next phase of testing at Air Force Selection Boards (AFSBs) is given in the official career website of the Indian Air Force. The candidates may login to their account to view their individual AFCAT/ EKT Marks.

When was AFCAT held?

It was held on February 26.

What did the AFCAT notification read?

"Based on the induction requirements of the IAF, performance of candidates in AFCAT as well as statistics of reporting and success rates at AFSBs, the cut off marks for AFCAT 1/ 2017 is 150/ 300 for AFCAT and 60/ 150 for EKT", Indian Air Force notice read. "Only those candidates who have cleared both AFCAT and EKT will be considered for Technical Branch."

The recruitment department of the Indian Air Force has asked the candidates whose AFCAT numbers shown in the results list to login to their account and select the venue and date for further testing at one of the Air Force Selection Boards (AFSBs).

The last date for selection of AFSB venue and date is 17 Apr 17, said the results notification.

According to Indian airforce official website, The Motto of Indian Air Force has been taken from eleventh chapter of the Gita, the Discourse given by Lord Krishna to Arjuna on the battlefield of Kurukshetra during the Great War of Mahabharata. The Lord is showing His Supreme Divine form to Arjuna and the great form of the Lord is reaching the sky with glory, evoking fear and loss of self-control in the mind of Arjuna.The Indian Air Force, similarly, aims to overwhelm the adversaries with application of aerospace power in defence of the nation. 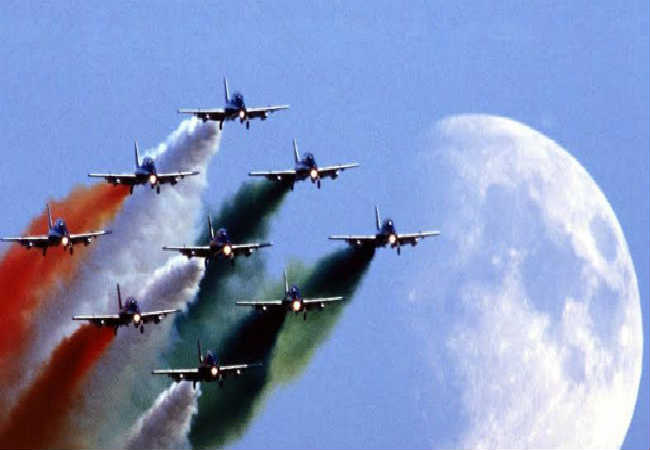