In a seminar held recently, Australia has expressed keen interest in expanding its skill training program in India and contribute continuously for innovation and creativity to be in full potential for the partnership.

"As we seek to broaden skills engagement with India, we are eager to collaborate, work closely with industry, the training sector and government, to explore innovative and creative ways to realise the potential for increased skills partnership," he said.

"We appreciate that with such a young population, India faces both an opportunity and a very formidable challenge to expand the capacity and quality of the skills training sector," Birmingham said. "India's target of skilling 400 million people by 2022 was impressive, and mind-blowing by Australian standards."

"We are well-placed to work in building India's capacity to meet its enormous training demand. Australian vocational education is internationally recognised for its unique qualification structure, industry-focused training, all of which lead to high employability outcomes," he said.

"We have been delighted to see that Australia's Kangan Institute is working with India's Government of Gujarat and Maruti SuzukiBSE -0.10 % to build India's first international Automobile Centre of Excellence," Birmingham said.

"In a bilateral sense, we're also doing substantial work with India on the development of international occupational standards to support greater shared understanding of skills and mobility in skills for industry across country borders," he said.

He assured that skill training approaches were being regularly tested to meet international standards and needs. Over 300 learners have so far participated in the program form eight countries. 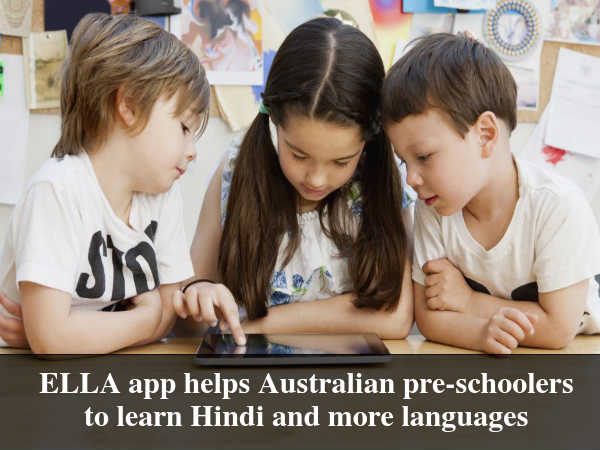 Australian Government Paves Way For Its Children to Learn Hindi