DU’s Proposal To Add 'Five Point Someone' in Curriculum Reconsidered

Delhi University's earlier proposal by the English department to include author Chetan Bhagat's novel 'Five Point Someone' in the literature curriculum as well as introducing a course on writing Facebook posts is now seriously reconsidered for approval. The idea had already received censure from teachers of various colleges.

Due to the debate that has stirred up over this proposal, the university has decided to put it on hold and formed a review committee to recommend if it can be taken up in the next academic session.

What did the panel meeting decide?

"It was felt that there is arbitrariness in framing and modification of the syllabus. It has also come to light that the Delhi Univerisity's English department has been in practice of favouring some authors and publishers, even by going out of the way of normal practice and justification," read the minutes of meeting in which the panel was formed.

"It seems through the reactions which came after the proposal that all of a sudden one big change has been made in the undergraduate English course -introduction of Chetan Bhagat's Five Point Someone in the popular fiction paper of the syllabus. National dailies did considerable reporting on the issue, Twitter was 'shocked' with the news and Facebook and WhatsApp were no behind with comments and counter comments on the story," the minutes added.

Chetan Bhagat is also being trolled on social media such as facebook and twitter for his feat. However, the author has been considering it as a rival's hit out. In a recent tweet he said, "Don't hate on self made people. Learn from them. Often their success isn't coz of dumb luck or a dumb world, but hard work and dedication." 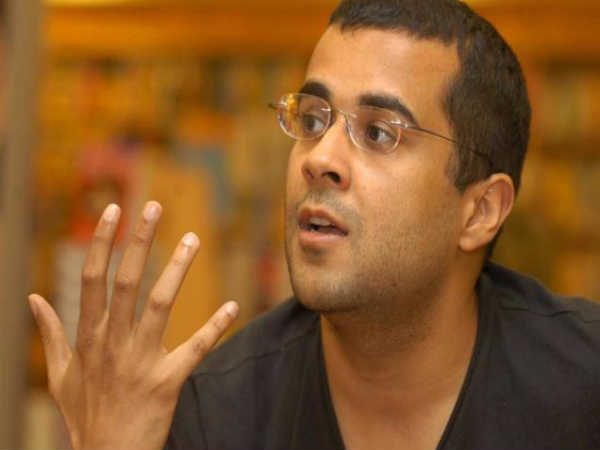