According to a survey titled "The Small Voices, Big Dreams" conducted by the Child Fund Alliance member organisations, in 41 countries, the need for education among the deprived children was felt immensely.

Speaking at an event organised by The Rural Organisation for Poverty Eradication Services (ROPES) during Child Rights Day commemoration on November 20, ROPES Chairman K Dhanasekharan said, "Some of the premier global agencies are working for the uplift of rural children, particularly in tribal areas, in Chittoor district with an objective to ensure inclusive and equitable, quality education to the targeted group under the safe schools project in alignment with the United Nations Sustainable Development Goal (SDG)."

The event was conducted for one week by ROPES for the International Child Rights Day celebrations in association with Child Fund Alliance and Child Line concluded at the local High School grounds at Bangarupalem on Sunday.

A variety of activities such as public rallies, distribution of leaflets, display of posters in public places and conducting of awareness camps on POCSO Act at schools also followed.

The organisers also conducted quizzes, elocution and essay writing competitions to the school children all over district with the themes related to child marriages, child labour and child abuse. 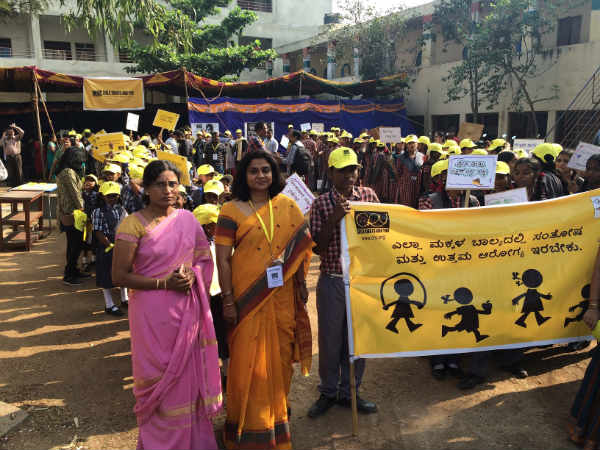 Why is Child Rights Day celebrated?