Navratri 2021: The Nine Forms Of Goddess Durga, Its Significance And Colour

Navratri is a nine-day Hindu festival during which the Goddess Durga is worshipped by the devotees. Navratri, one of the most important festivals, is celebrated in various parts of the country with various names. In Sanskrit, the word 'Navratri' means 'nine nights.' The 'Nine Forms of Goddess Durga' are worshipped for nine days.

The Shardiya Navrati will begin on October 7, 2021, and end on October 14, 2021 this year. On October 15, 2021, Vijayadashami will be observed. According to the Hindu calendar, Navratri is observed in the prosperous month of Ashwin.

Navratri 2021: Significance Of The Festival

The victory of good over evil is the symbol of Navratri or Maha Navratri. Goddess Durga fought demon king 'Mahishasura' for nine days and killed him, marking the triumph of good over evil. Navratri also brings in India's festival season, which includes Dussehra, Diwali, and Bhai Dooj. 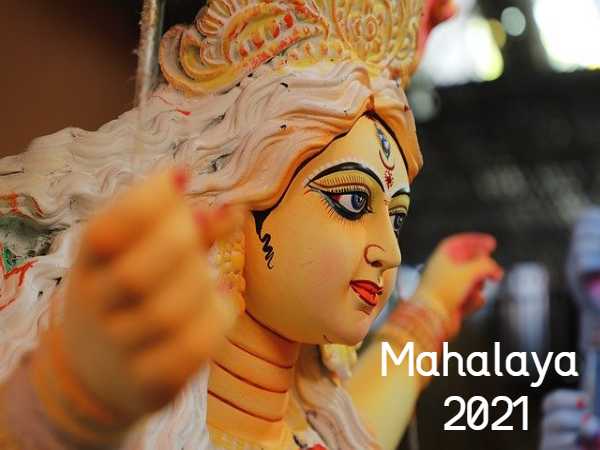 Navratri 2021: The Nine Forms Of Goddess Durga And Its Colours

The nine forms of Goddess Durga, collectively known as Navdurga, are celebrated on the occasion of Navratri. Every day of Navratri is dedicated to a different incarnation of Maa Durga. There is a colour for every day that can be worn throughout the festival. These colours have a lot of importance and are considered auspicious.

This avatar embodies the combined power of Brahma, Vishnu, and Mahesh. The goddess was worshipped in this form as Shiva's spouse.

The colour for the first day is Red indicating Strength.

An individual who leads a frugal lifestyle. She is cheerful and bestows happiness, richness, tranquillity, and grace upon all of her devotees. This is supposed to be the way to Moksha.

Royal blue is the colour for the second day, and it is associated with a calm yet powerful soul.

On this day, Goddess Durga's Chandraghanta avatar is adored. She is the epitome of grace and dignity. She is a strong woman with a lot of power.

Yellow is the colour for the day.

Kushmunda is believed to be the founder of the cosmos. With a burst of laughter, she is claimed to have created the universe and made it rich with flora.

As a result, the colour for the day is Green, which symbolises the globe and greenery.

The Gods appointed her as the commander-in-chief in their war against evil (Rakshasa). Skanda's mother, or Karthikeya, portrays a mother's form.

The colour Grey is used on day 5 to represent a mother's fear when her child is in danger. Her determination to do everything it takes to keep her child safe.

Katyayani was born to the great sage Kata as a Durga avatar. While clothed in orange, she emits immense courage.

As a result, Orange has become the colour of the day, as it represents bravery.

Her skin is dark, her hair is unkempt, and she exudes a fearless attitude. Her breath produces flames, and she has three eyes. Kalratri resembles Goddess Kali. Goddess Durga's most terrifying aspect, she wears white, the colour of peace and tranquilly.

As a result, the colour of the day is White.

Durga in her form is intelligent and peaceful. Her hue was said to have changed from white to black after spending so much time in the deep Himalayan forests. After Shiva bathed her with Ganga waters, her body regained its beauty, and she was given the name Maha Gauri, which means "extremely white."

Pink is the colour of the day, representing hope and a fresh start.

She has incredible healing abilities. She has four arms and looks to be in a cheerful mood. She blesses everyone including gods, yogis, saints, tantriks, and devotees as a manifestation of the mother goddess. The goddess is shown in a happy state as if she were a clear day's sky.

As a result, the day's colour is Sky Blue, which symbolises awe at nature's splendour.