Janmashtami 2021: History, Significance, And All About This Festival

India is a diverse country with a variety of festivals observed throughout the year. Janmashtami, which marks Lord Krishn's birth is one of these festivals and is celebrated with tremendous pomp and devotion. It's also known as Gokulashtami or Krishn Janmashtami. It falls on the eighth day of the dark fortnight of India's Bhadrapada month (July-August).

Krishn descended on earth on this day to defeat Mathura's evil ruler, Kans, the brother of Krishn's virtuous mother, Devaki, according to Hindu mythology.

The festival of Krishn Janmashtami will be held on Monday, August 30 this year. Devotees observe a fast and pray to Lord Krishn on this auspicious occasion. Flowers, diyas, and lights are used to decorate homes. Temples are also well-decorated and illuminated.

The most lavish and colourful celebrations take place in the temples of Mathura and Vrindavan, where Lord Krishn is said to have been descended and spent his childhood. Raslila is also performed by devotees to remember Krishn's love for Radha and to re-enact scenes from his life. Because Lord Krishn was born at midnight, an infant Krishn idol is bathed and put in a cradle at midnight.

This event is also celebrated joyfully throughout Maharashtra, with people re-enacting Krishn's childish attempts to steal butter and curd from earthen pots. This ritual is known as the Dahi Handi celebration, and it involves individuals forming a human pyramid to reach and eventually destroy a matka or pot that is hung high above the ground. 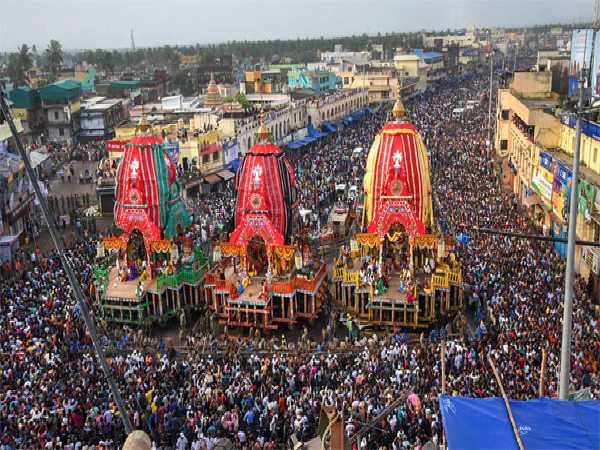 In the Bhadrapada month (August-September), Lord Krishn was descended on the ninth (Ashtami) day of the dark fortnight. He was the son of Devaki and Vasudev. When Krishn descended on the earth, his uncle King Kans controlled Mathura, and he sought to kill his sister's children because a prophecy predicted the couple's eighth son would bring Kans' downfall.

Kans imprisoned Devaki and Vasudev after the prophecy. He was responsible for the deaths of their first six children. The foetus mystically shifted from Devaki's womb to Princess Rohini's during the birth of their seventh child, Balram. When their eighth child, Krishn, appeared on this earth, the palace fell silent, and Vasudev rescued the kid and took him to Nand Baba and Yashoda's residence in Vrindavan.

Vasudev exchanged the baby, and returned to the palace with a baby girl and gave her to Kans. When the evil king attempted to slay the baby, she transformed into Goddess Durga and warned him of his doom. Krishn grew up in Vrindavan in this manner, eventually killing his uncle Kans.